Estimated to date back to the Dawn of Fire, the provenance of the Colossingum’s magnificent architecture is regarded as the first ever recorded instance of a Colossal spirit imbuing its lifeforce into an Island. Evidence suggests that this was the site of rigorous musical training and friendly choral competition. Today, Monsters are once again establishing a restored presence on the Colossingum to resume their musical empowerment and to discover the secrets held within the Collossingum's ancient brickwork.

How do I unlock the Colossingum?

Once you’ve progressed far enough in the main game and have bred at least 1 Monster, the Battle Icon will appear on the left side of the screen - and then it's Battle time!

How do I get more Monsters on the Colossingum?

How do I enter a Battle?

While visiting the Colossingum, tap on Battle, then tap on Quests.  Here you’ll find plenty of battles to be had!

How do I unlock Costumes?

Costumes can be unlocked by Leveling Up your Colossingum or by completing specific Quests.

Can my Monsters Wear a Costume on a different Island?

Monsters cannot wear Costumes outside of the Colossingum.

How do I Level Up my Colossingum?

You can Level Up the Colossingum by completing Quests or placing Decorations.

When I go to Equip a Costume to another Monster it says I have to buy one?

Each Monster has their own unique inventory of Costumes, so each Monster needs their own copy of a Costume to be purchased for them.

How do I learn new moves for my Monsters?

Monsters Learn new moves at Level 5, 10 and 15.Some even  unlock new moves while wearing  certain Costumes.

What Elements are strong against each other?

Each of the elements in My Singing Monsters has a strength and weakness associated with it. The elements are organized in a wheel, where elements are strong against elements to their immediate right, and weak to elements on their left. Elements opposite each other on the wheel are Neutral and have no advantage or penalty. 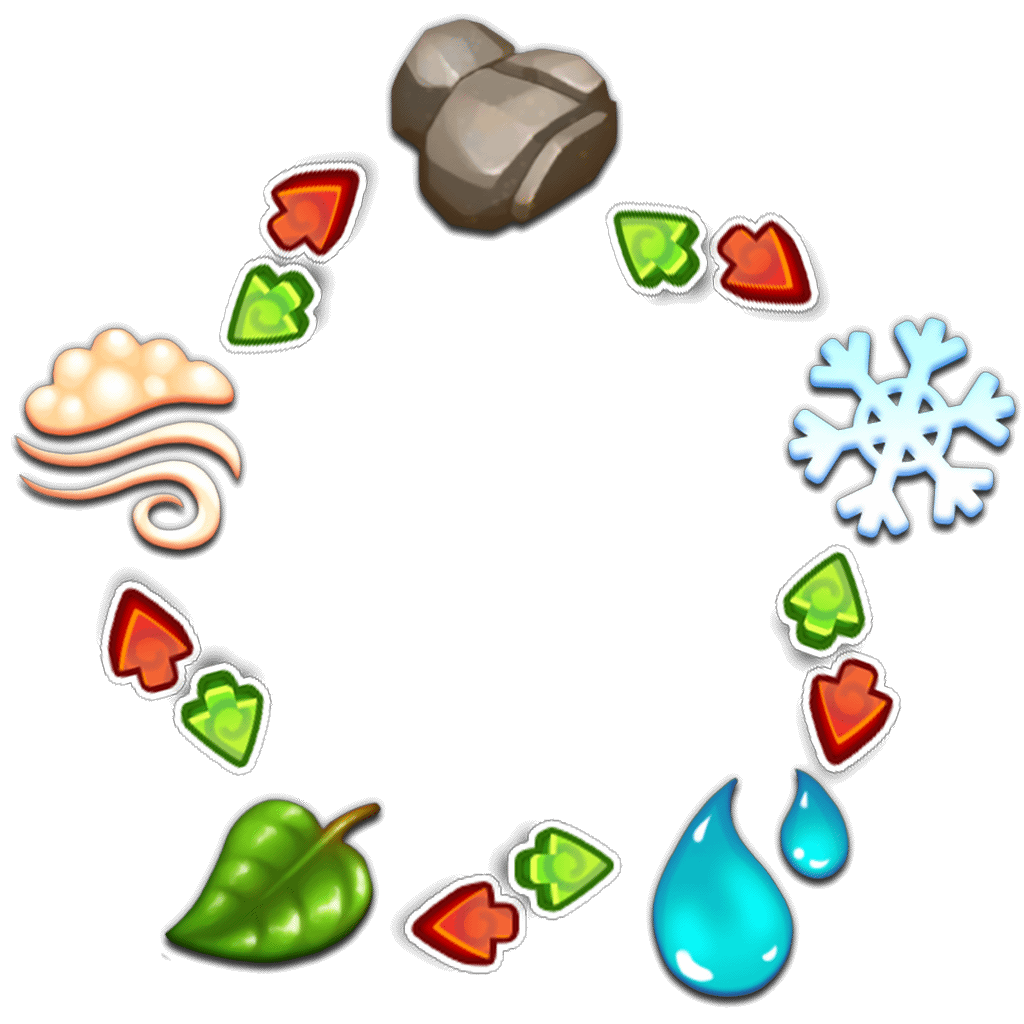